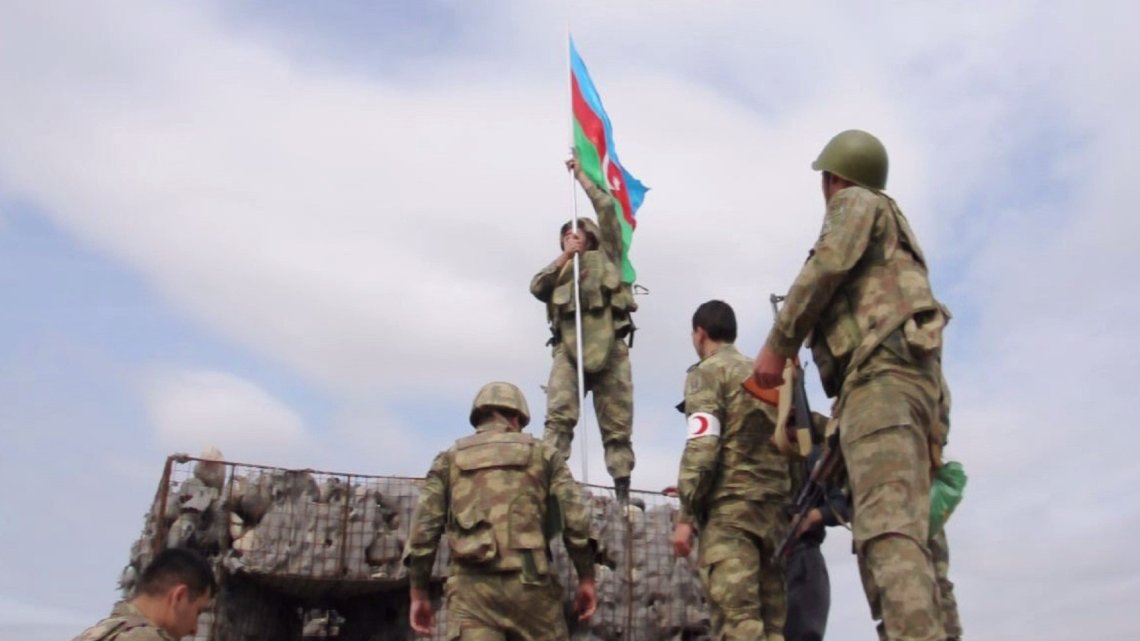 Nagorno-Karabakh: Is the conflict between Armenia and Azerbaijan religiously motivated?

This article was published on the Eurasia Review

Heavy fighting broke out again on the 12th of July 2020 at the interstate border between Armenia and Azerbaijan, which has been relatively dormant since April 2016. The Armenian armed attacks happened against military sites and civilian areas in the North West Tovuz region (Towus) in the Republic of Azerbaijan coming from the North East Tavush district in the Republic of Armenia.

Eleven Azerbaijani and five Armenian military personnel have already been killed during these battles. Since the first day of the conflict, I have been carefully watching the German media to assess their reporting. In my view, it was largely balanced for the first few days. In the past week, however, I have been very disappointed with the reporting of this regional security crisis. Therefore I wonder whether every journalist simply copies the news from other sources, or whether there is only one kind of reporting in Germany to which everyone absolutely has to abide to.

What exactly is this case about?

Almost every German online newspaper or magazine speaks of a «Christian Armenia and Muslim Azerbaijan» in relation to the conflict in the Nagorno-Karabakh. I have no doubt on the readers’ geographic knowledge. You were probably taught in school that there was once a Soviet Union that had 15 Soviet republics. You are probably also informed that after the dissolution of the Soviet Union, separatist movements or civil wars broke out in the various newly founded republics. As a result, we have the subsequent conflicts in the Post-Soviet area today: in Georgia there is the separatist secession movement in Abkhazia and South Ossetia, which has been officially considered a conflict between Russia and Georgia since 2008. We have the conflict between Armenia and Azerbaijan over Nagorno-Karabakh; the unresolved conflict in the Moldavian region around Transnistria, and since 2014 after the Russian annexation of Crimea, a new conflict erupted between Russian Federation and Ukraine, the population in the aforementioned cases is mostly Christian, in comparison to the Nagorno-Karabakh conflict, so it would make no sense to define the conflict as solely religious. Interestingly enough; Russia, Georgia and Ukraine are even largely orthodox countries. Despite all these aspects, they are in conflict. They are in combat despite of the same religious beliefs. Now I would like to ask you, dear journalists: What is the difference between all the conflicts mentioned? I can tell you: nothing. Nothing at all, from all these listed conflicts, whether it be Nagorno-Karabakh, Abkhazia, South Ossetia, Ukraine, or Transnistria, these are similar cases. These are separatist secession movements in which a portion of the population of a country fights against the central government with weapons and arms and receives external support.

The frequent recurrence of the statement about this conflict «between Christian Armenia and Muslim Azerbaijan» urges me to think that German journalism does just that to emphasize a European, anti-Islamic rhetoric. Many of you may have never been to Azerbaijan, do not know the country, its peace-loving people or culture, but report about the country, completely carelessly. You are probably uninformed about the fact that Azerbaijan is primarily a secular country.

The American opinion research institute Gallup regularly conducts surveys about the religiousness of the states. Interestingly, the results regarding this very religiosity show that Armenia (> 90% Christian) is much more religious than Azerbaijan (> 30% Muslim). As an Azerbaijani, should I forget the fact that in the struggles for Azerbaijan, and the people who died came from different religious and cultural backgrounds? They did not fight for their religion, they fought for their country which they were born and grew up in. It is a fact that in Azerbaijan the word «martyr» is not defined from an Islamic perspective. Be it the president, a spiritual leader, or a scientist – the word martyr defines those who fell for her / his country, home, and family — not for his religion. At this point I would like to draw your attention to two examples: I was born in a Russian village in Azerbaijan. I knew from school that my village was also home to a Russian martyr of Molocan religious origin. His name was Belyakov Vasiliy Nikolaevič (1969-1993). Last year I was in Azerbaijan at the «Red Settlement», in northern Azerbaijan, where Azerbaijani mountain Jews live in a confined space. During my trip I noticed a memorial plaque for Albert Agarunov.

Lest auch / Читайте также
CaspianReport: Origins of the Nagorno-Karabakh conflict

In the wake of the Nagorno-Karabakh conflict, Agarunov fell while defending the city of Shusha in Azerbaijan. He was posthumously awarded a national hero of the Republic of Azerbaijan. During the war he gave an interview in which he proudly emphasized: «I am fighting for the country in which I was born».

For me it makes no difference what the background stories of the martyrs are. All Azerbaijanis who fell for their country are heroes to me because they saved us from the Armenian aggression. However, 20 percent of Azerbaijan’s territories are still under Armenian occupation and over a million Azerbaijanis are still not allowed to visit the graves of their deceased families and ancestors.

Lest auch / Читайте также
1987, not 1988. On the periodization of the First Karabakh War

In the case of the conflict between Armenia and Azerbaijan over Nagorno-Karabakh, it is solely a political-territorial conflict that is in fact a non-religious matter.